In 75 years of operation, the Press has printed over a thousand titles in seven foreign languages and eleven Indian languages. English and French however remain the top languages for publication. Our publications of The Mother’s and Sri Aurobindo’s Works are on sale on the SABDA Website.

SABDA has two showrooms in Pondicherry where our printed works are on display. Through SABDA our printed books are available for sale in showrooms across India and abroad.

A uniform library edition of 37 volumes, consisting of Sri Aurobindo’s literary works, his social, political and cultural writings, his translations of literary and philosophic works, his essays on Indian civilisation and its spiritual tradition, his diary of Yogic practice, his writings on philosophy and Yoga, and his correspondences.

Collected Works of The Mother

A uniform library edition of 17 volumes, consisting of Mother’s writings and talks on various subjects, most of them related to the upbringing and education of children, self-improvement and the practice of Yoga. The volumes include her prayers, her literary writings, and her correspondences and talks.

Some languages in which our titles have been printed

Other titles not listed above include Arabic, Assamese, Dogri and Malayalam. 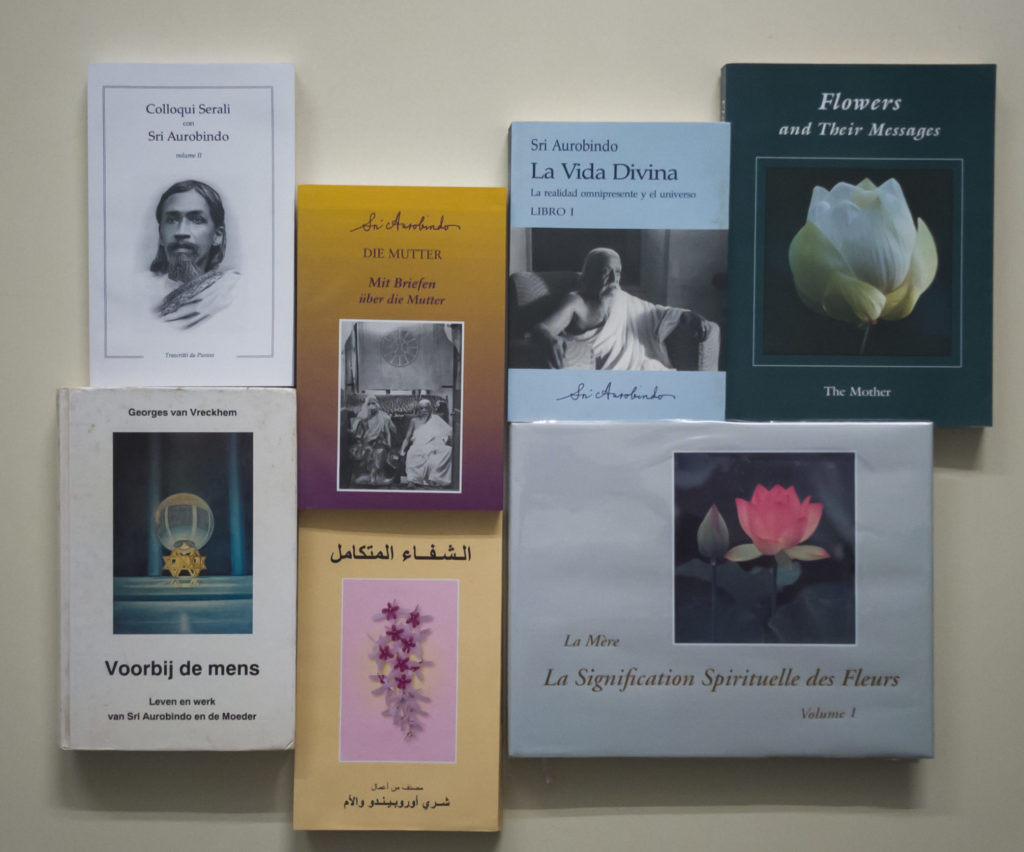 Some of our Titles in Foreign Languages

Some of our Titles in Indian Languages

Some of our Clients